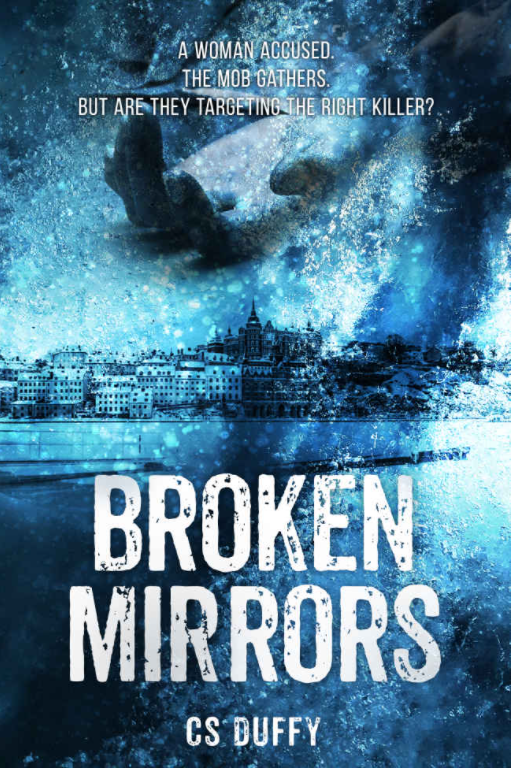 CS Duffy has done it again! Another brilliant page turner as it follows Ellie on her investigation of a new Stockholm murder full of suspense, mystery, and
surprises…

Ellie James, an investigative journalist, is picking up the pieces of her relationship with Johan after revealing that one of his best friends is a serial killer, when bodies start appearing around Stockholm. Each corpse found is frozen and posed as if in the middle of a conversation. The local police are baffled and can’t seem to find any clues. Who did it, and how?
A woman is then accused, and a crowd of vigilantes gathers, ready to punish the alleged perpetrator. But is she actually innocent?
As Johan falls under the spell of the Citizens for Justice task force, Ellie must find the real killer before Johan takes matters into his own hands and is unable to go back on his actions…
Filled with surprises at every turn, the book follows Ellie as she races against the clock in this breathless Scandinavian psychological thriller.

CS Duffy wrote scripts for film and TV for over a decade and after becoming embittered with the industry, she quit and went to teach preschool in Stockholm. During the kids’ naps she wrote Life is Swede, a thriller in the form of a blog, which led her into the wonderful world of self-publishing. The final book in her first series Glasgow Kiss was released in January 2019, and her Hollywood land series launched in May 2019. In addition to her own books, her supernatural thriller The Stranger is currently running on Storytel and her thriller feature Guilty is in pre-production in Canada.

– Volume 2 of the critically acclaimed Stokholm murders series.
– A psychological suspense thriller with a twist of Scandi noir.
– Perfect for fans of The Girl on the Train, Gone Girl and The Girl with the Dragon Tattoo.