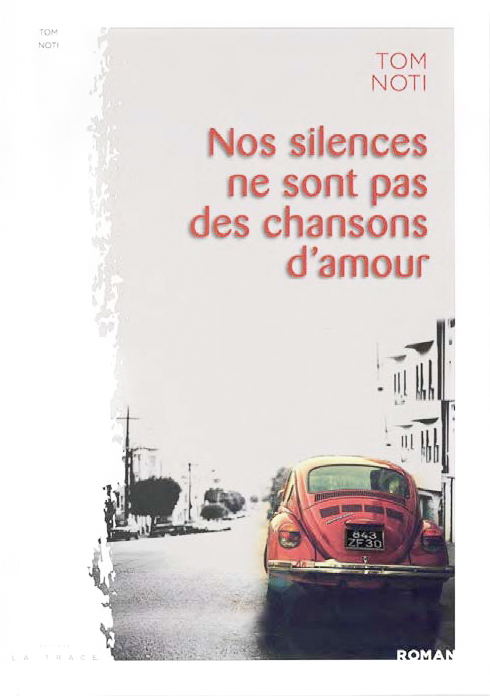 OUR SILENCES ARE NO LOVE SONGS

When Aldino receives mysterious text messages from his dead mother, he first becomes suspicious and then curious about the source. This desire to solve the mystery will help Aldino accept himself for who he is.

Aldino has never been lucky in life. He calls himself a bad brother, a bad partner, an unreliable friend.
As a child, he already felt out of place. How could he really exist alongside a brother whose perfection reveals his own flaws? He tried his best to do well, to attract interest and enthusiasm, but could hardly convince even his own parents.
He decides to close himself off and takes refuge in solitude. His girlfriend, Emilie, is his best ally against the blows and wounds he is used to suffering. Having given up his dreams and letting his passion for music aside, he now works for a debt collection company. His love life, however, is far from satisfying, and his procrastination drives Emilie away.
So when he receives mysterious text messages from his mother, which he believes to be from another world, since his parents have died, he gets annoyed, questions himself, becomes suspicious and ends up being curious about the source. This desire to solve the mystery will help Aldino accept himself for who he is and change his life

Tom Noti lives in the hollow of majestic mountains, which are his life source. His stories are about people who push forward, regardless of the feelings that weigh heavily on their shoulders or the burdens they carry. He has written several novels, including Les naufragés de la salle d’attente (The Shipwrecked of the Waiting Room), published by Paul&Mike and the successful Elles m’attendaient (They Were Waiting for Me), published by La Trace éditions and winner of the 2020 Lettres Frontière Award.

– By the author and winner of the 2020 Lettres Frontière Award for his book They Were Waiting for Me.
– A book rated best book of the week by Lecteurs.com.
– Sometimes all it takes to realize one’s destiny is an orange ladybug, a few mysterious text messages, the desire to uncover a mystery, and the courage to face the unknown.
– This book brings a slightly melancholic lightness to a sensitive subject that a touch of humor nicely highlights.