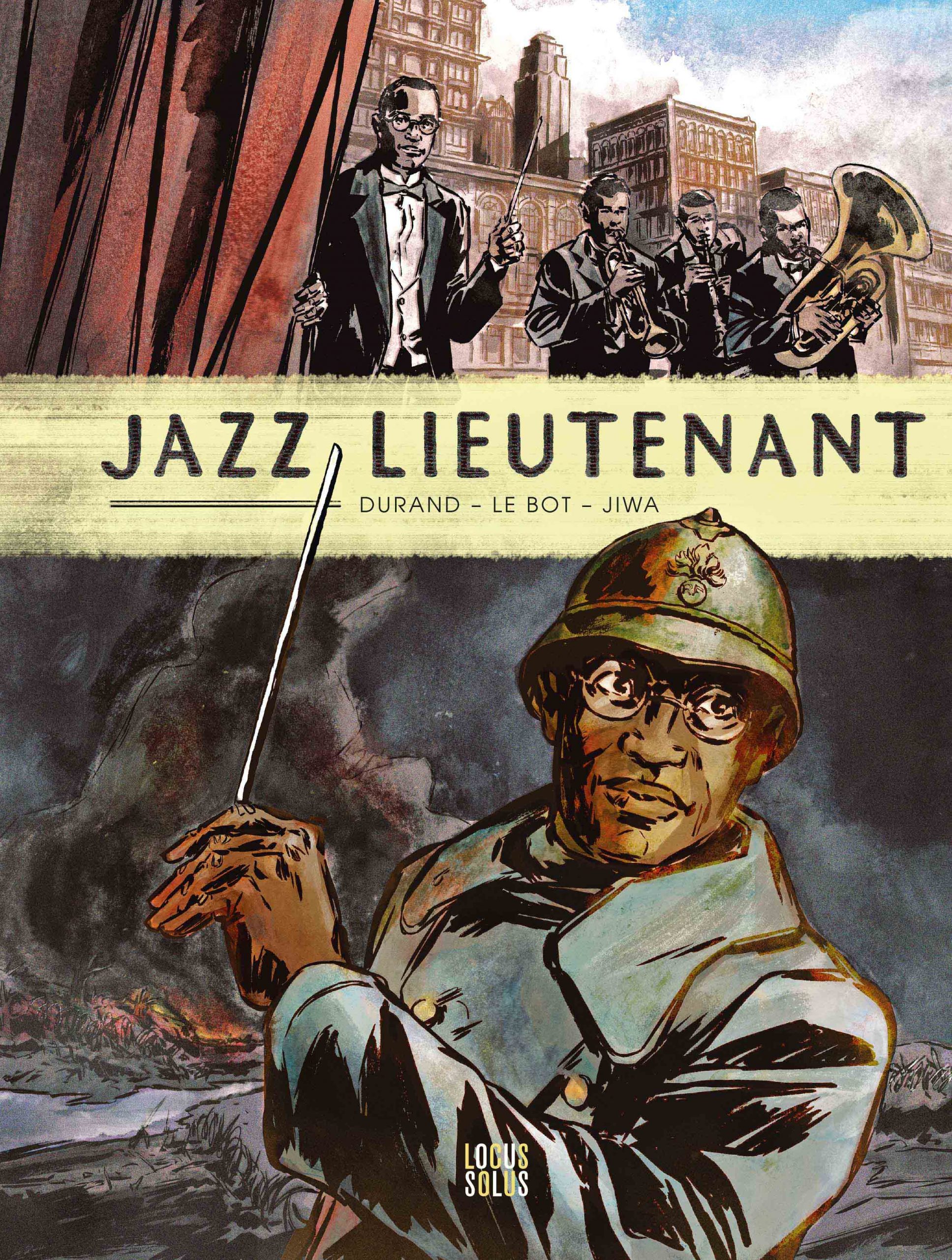 1917. When the Americans landed in France they did not just bring victory with them. A new kind of music invaded the old continent – jazz. Born of a fierce desire to fight segregation, a black orchestra built itself into a legend, defying death in the trenches. This is the work of a man with a fated name – Jim Europe. On both sides of the Atlantic, freedom has his strategist, his Jazz Lieutenant.

“I have come back from France more firmly convinced than ever that Negros should write Negro music. We have our own racial feeling and if we try to copy whites we will make bad copies …” (James Reese Europe)

Malo Durand was born in 1973 and grew up in Roscoff, in the west of France. In 1998, he did his military service in Paris, working as a copywriter for a military newspaper and he took up secondary school teaching, first in Morlaix and then in Brest.

Erwan Le Bot, studied cartoon illustration at the EESI in Angoulême. He is the author of Arrêts sur Brest, published by Editions Océaniques and of La bande des… 5 for the Association Normande de Bande Dessinée. Jiwa is a Franco-Belgian cartoon colorist.

– An extraordinary destiny told as a story, that of the African American musician James Reese Europe who brougth jazz to France during the First World War.
– The main character, Jim Europe, is extremely touching. This man at the height of his glory, star of Broadway, puts on the American uniform to change attitudes towards his community.
– 80 colour pages, including 68 pages of cartoons and 6 pages of documentaries and visual research. 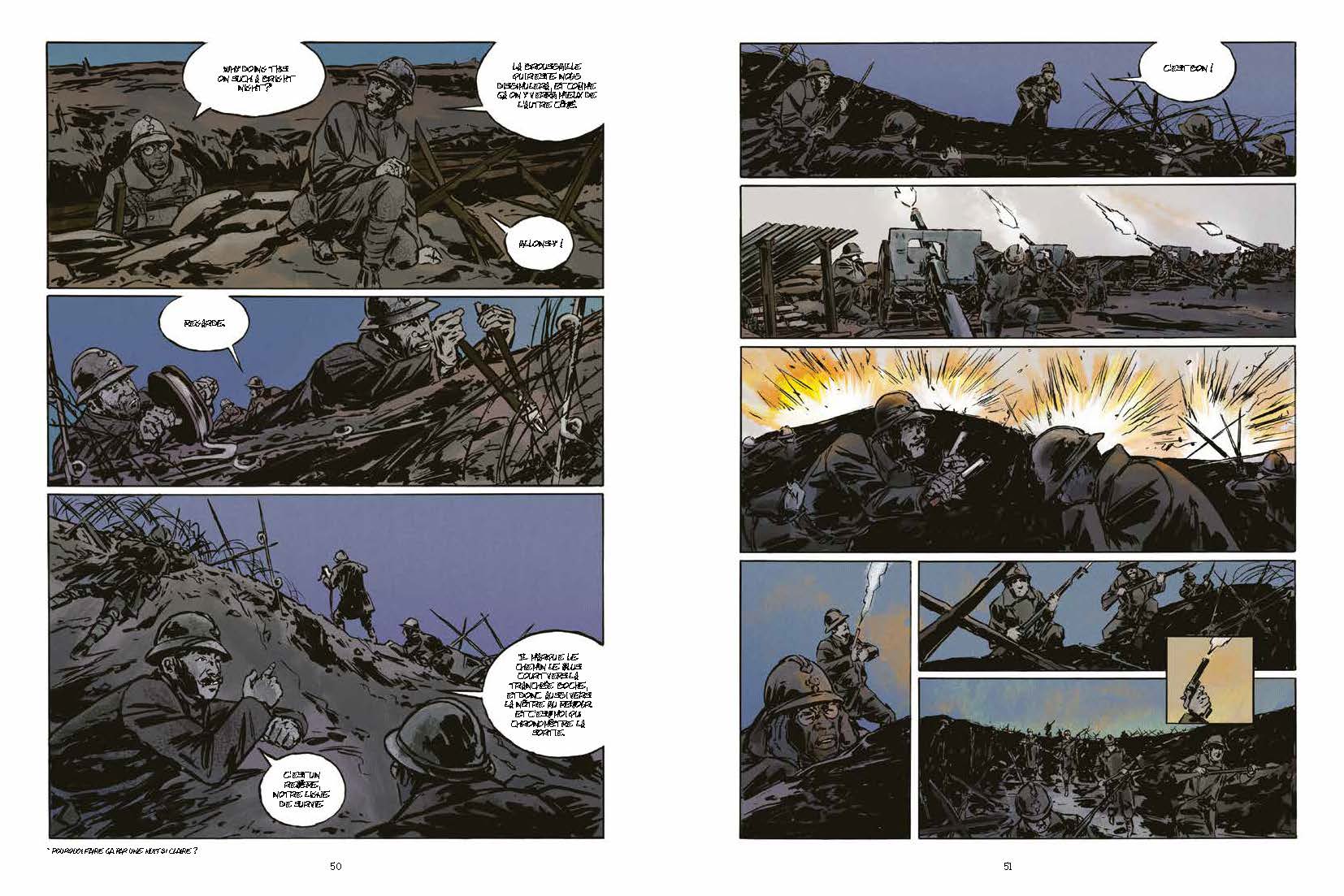 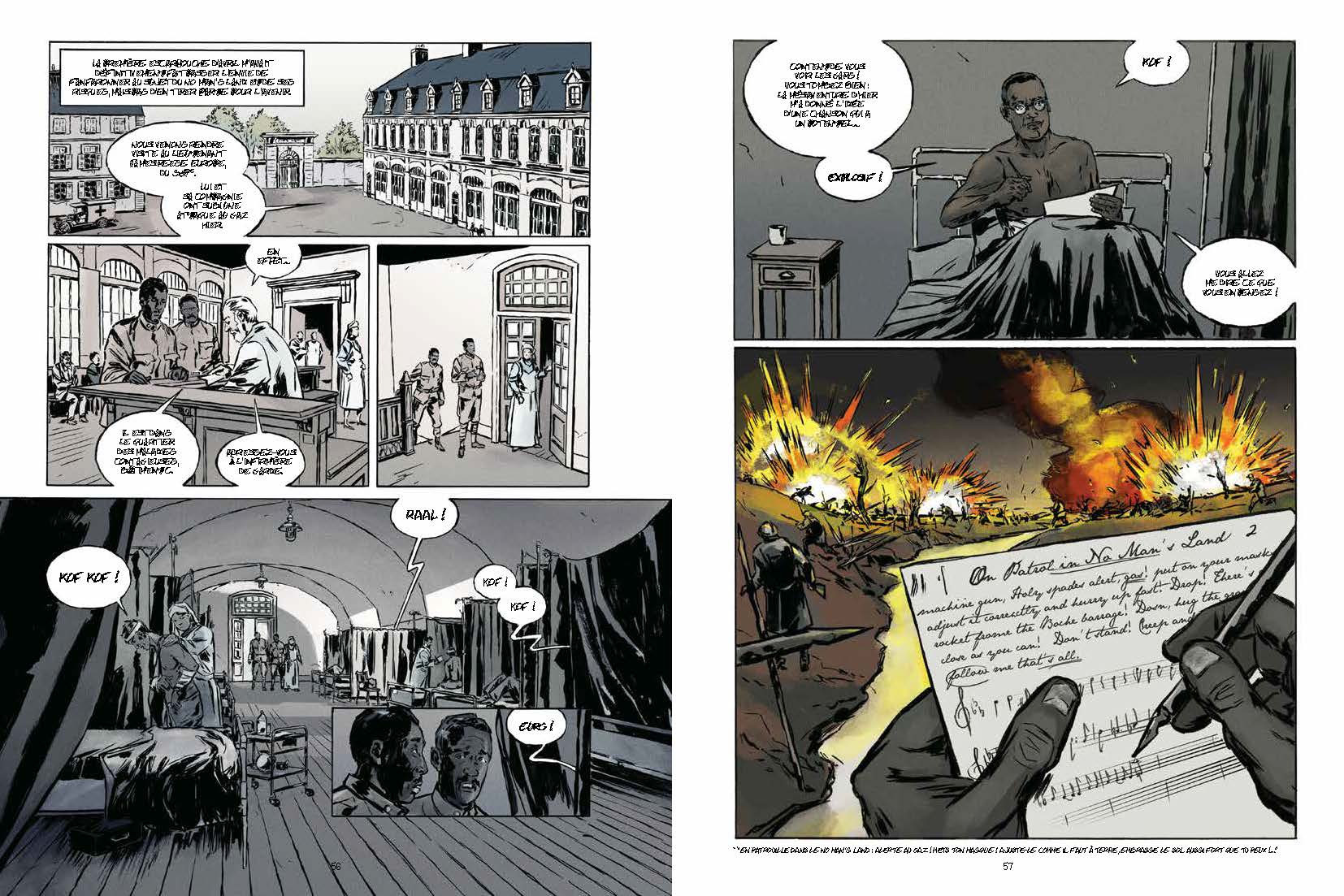 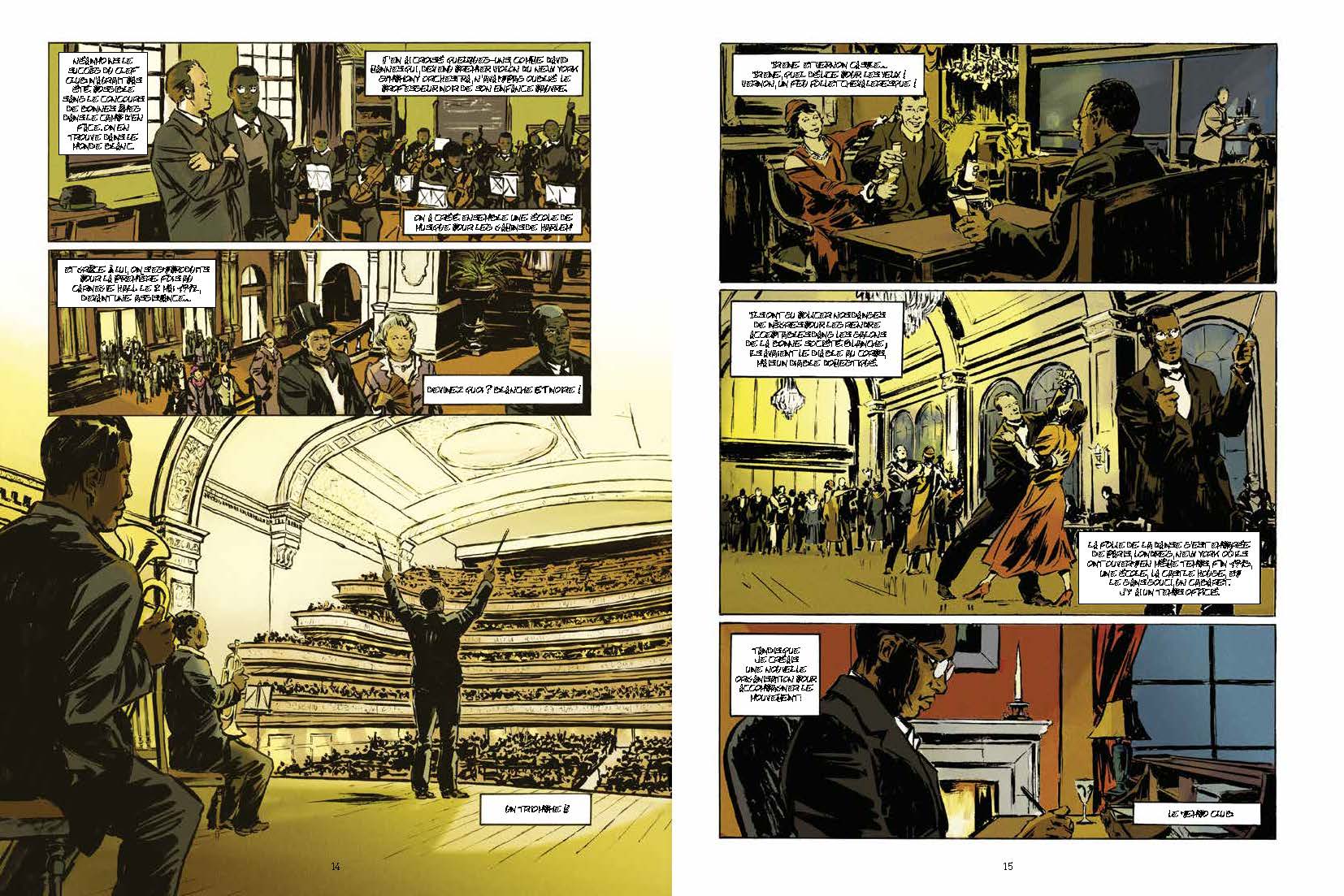 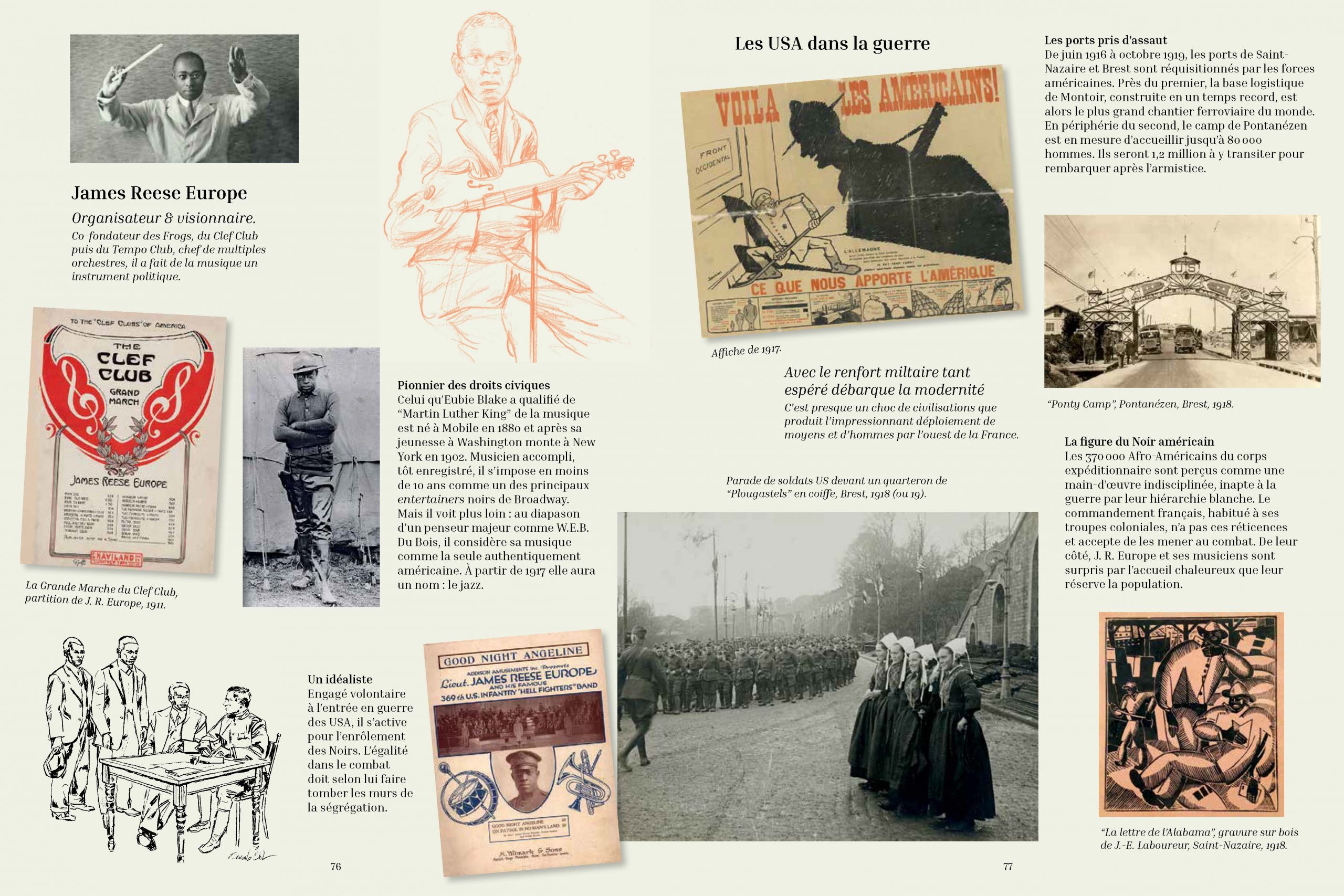