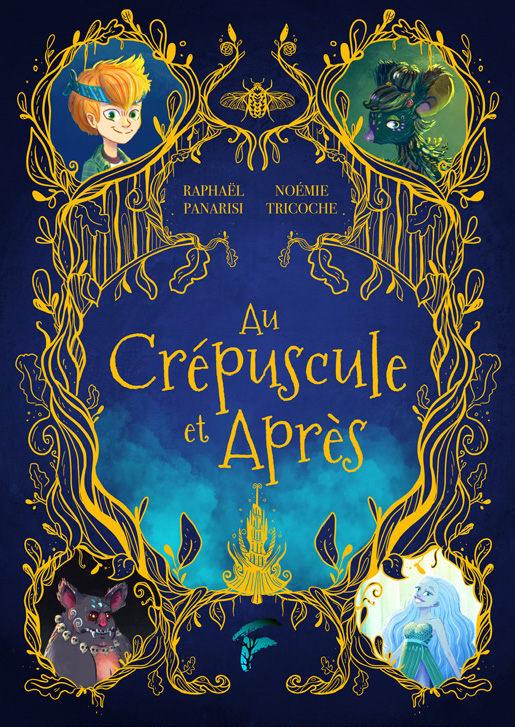 AT DUSK AND AFTERWARDS

After the accident that put his sister in a deep coma, Flavien discovers a magical world under a hospital bed. A disturbing mist ravages the kingdom of this mysterious land, and a sleeping princess somewhere off in this distant universe could be the key to saving his sister.
The young boy, accompanied by a strange creature, embarks on an epic and dreamlike quest full of adventures and riddles to defeat Scarified, an evil being whose scars reflect the darkest nightmares, and to liberate the Kingdom of the Underworld, whose territories are divided between light, shadow, and twilight. Many trials await them, such as a visit to a haunted forest and a face-to-face encounter with two gigantic monsters who, like a Sphinx, impose riddles to guard the entrance of a sacred mausoleum.
Without knowing it, he will travel through some literary classics like Alice in Wonderland, The Neverending Story, and The Wizard of Oz.
For all these references are not accidental, and Flavien will discover at the end of his journey, during the final confrontation, that everything is linked to the books he has always loved

Raphaël Panarisi is a bookseller by training and has had a passion for literature, especially fantasy, since early childhood. He thus imagines an “underworld”, inspired by the greatest classics of imaginary literature and, as a dreamer at heart, he likes to believe that a little magic in this world is always welcome.

– A thrilling story that will appeal to children and make them rediscover the classics of fantasy literature, such as Alice in Wonderland and the Wizard of Oz, or the Never-ending Story.
– A mysterious, intriguing and unforgettable world to stimulate the imagination and makes readers want to know more.
– A lively tale that gently and skillfully addresses sensitive subjects, including the hospitalization of a loved one.
– Finalist for the Children’s Imagination Prize